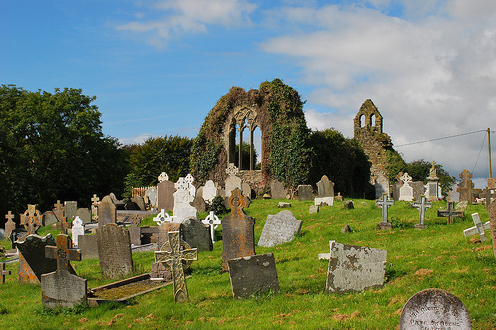 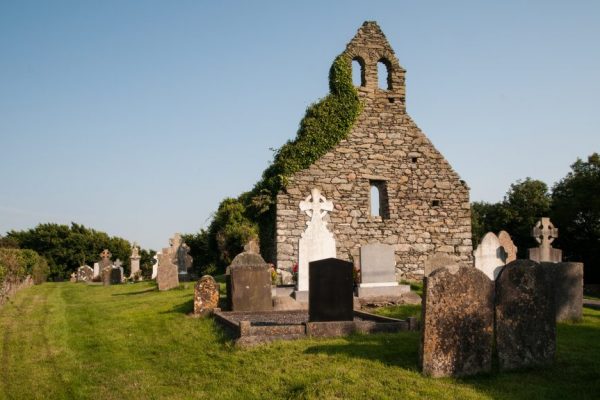 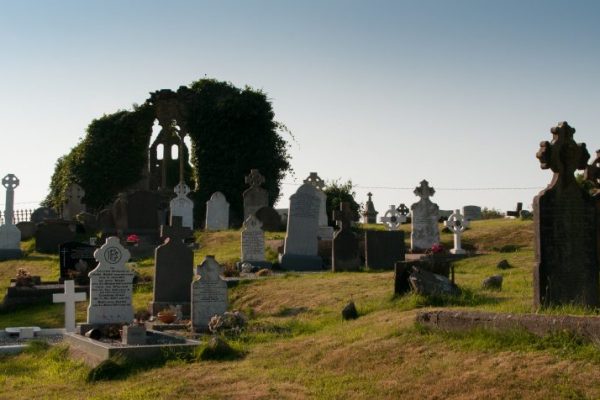 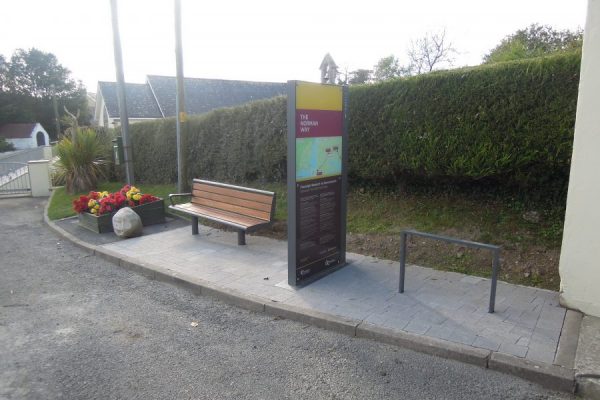 Tomhaggard is a historic village situated on the edge of two Norman territories, known as ‘baronies’.

Forth and Bargy
As you travel along the Norman Way in Wexford, Tomhaggard lies on the dividing line between the Norman barony of Forth on the Wexford side, and the lands of Bargy on the New Ross side.

Changing the Wells of Ireland
The holy well across the road from the medieval church ruin is called St. Anne’s. Local wells such as this have their origins deep in Ireland’s ancient past. They were originally places of worship dedicated to pagan water gods. Early Christians in Ireland then used the wells for their religious rituals. After the Normans arrived, the wells were often re-dedicated and named after the favourite Christian saints of the Norman lords.

A Link to Glendalough
The origin for the name ‘Tomhaggard’ may have connections to another wonderful part of Ireland’s Ancient East; Glendalough in County Wicklow. ‘Tuaim Mosacra’, means the tomb of St. Moshagra of Saggart. St. Moshagra was a saint associated with Glendalough. A yearly mass held in his honour on 3rd March was celebrated at Tomhaggard.