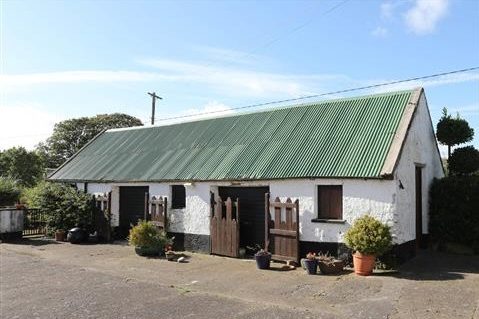 John Fitzgerald Kennedy was the 35th president of the  United States of America and, like many Americans, could trace his ancestry back to Ireland. On his mother’s side, he is descended from Thomas Fitzgerald who emigrated from Bruff, County Limerick in 1852.

The Sons of Nesta and the Norman Invasion of Ireland

The ancestry of the Fitzgeralds in Ireland can be traced back  to the Norman invasion. In 1169 Maurice Fitzgerald came to Ireland to help Diarmuid McMurrough regain his kingdom of Leinster. Fitzgerald was the son of Gerald of Windsor and Nesta, daughter of the Welsh prince Rhys ap Tewdwr. Nesta was described as the most beautiful woman in Wales and many of her direct descendants were involved in Irish affairs from  the beginning of the Norman conquest.

Another of Nesta’s sons was Robert Fitzstephen who, like his brother Maurice, was granted land in Wexford by Diarmuid McMurrough. Nesta’s grandson was the famous chronicler Giraldus Cambrensis (Gerald of Wales) who wrote an account of the Normans’ arrival in Ireland.

The Fitzgerald Legacy
Maurice Fitzgerald was also granted land in Kildare and Wicklow. He died in Wexford in 1176 and his lands were inherited by his sons Thomas and Gerald, whose families became known as the ‘Geraldines’. The two branches of the family became the Earls of Desmond and Kildare.

Visit kennedyhomestead.ie to learn more about the Kennedy Homestead.