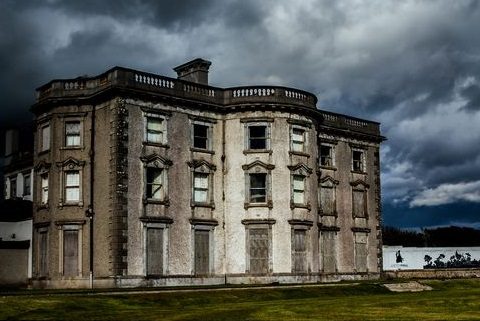 Redmond, a common surname in south-east Ireland, originates with the Norman knight Raymond le Gros. There are historical references to the Redmond family living on the Hook Peninsula since at least the 14th century and this site was originally known as Redmond Hall.

The ‘Large’ Knight Who Made a Big Impact
The ‘gros’ in Raymond Le Gros’ name is French for large. The medieval historian Gerald of Wales referred to Raymond as being ‘very stout’ and ‘corpulent’.

Raymond was a professional soldier and was instrumental in the success of the Norman military campaign in Ireland. It was Raymond who commanded the two ships that landed at Baginbun Head, carrying the forces that would go on to help capture Waterford. He also fought in the campaign to seize Dublin City for the Normans in 1170.

Earning his Title and his Bride
After their initial Irish campaign Raymond requested Strongbow’s sister Basilia’s hand in marriage. Strongbow refused the request and Raymond returned to Wales.

Later, when Strongbow found himself besieged in Waterford, Raymond le Gros returned with a Norman force to rescue him. A grateful Strongbow rewarded Le Gros with the title, ‘Constable of Leinster’ and this time with his sister’s hand in marriage. Raymond and Basilia were subsequently married in Wexford town.

Later Conflict
In 1642 the Redmonds were attacked here by forces from nearby Duncannon Fort. Despite beating off the attack, the Redmonds subsequently lost their home and the house is now named after the Loftus family who were later granted these lands.

The House
This neo-classical house is typical of the homes of the landowning ascendancy  of 19th century Ireland. It replaced a simpler, earlier house. The hallway contains a particularly fine carved oak staircase and the rooms at the rear of  the building offer some of the best views of coastal Wexford.

Local folklore suggests that the house was built by the Loftus family in anticipation of a planned visit by Queen Victoria. According to the story, having built the house at enormous expense, Victoria’s diary was found to be full and the visit never happened.

The recently restored walled garden beside the house was developed by the Loftus family as part of their planned estate. Here on the windy Hook Peninsula the garden allowed fruit trees to grow in the shelter of its walls and provided the family with some of the essentials of their fine diet.