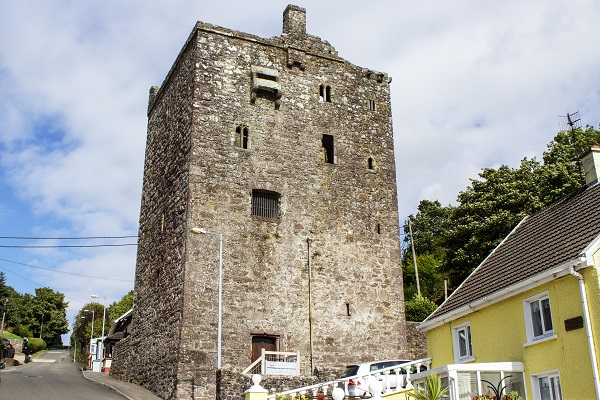 The Cistercian monks from the nearby Dunbrody Abbey developed Ballyhack Castle to protect both its fishing community and the ferry route to Passage East on the Waterford side of the estuary.

Difficulties in Getting Tenants
The monks did not have enough members to farm all their lands so they allowed farms to be leased to lay tenants. As the tenant families settled here a village grew up around the fishery.

Life in a Norman Village
The tenants of Ballyhack lived in small thatched houses built of timber or earth. Life expectancy during the medieval period varied according to social status. Peasants could expect to live to the age of 30. Children worked from a young age and many did not survive to adulthood due to disease and unsanitary living conditions.

The locals’ day revolved around working the fish weirs here at Ballyhack and processing the catch. Fish weirs were made from wood or stone and were used to channel fish to a particular location in the water and trap them. Once trapped in a confined area the fish could easily be brought ashore.