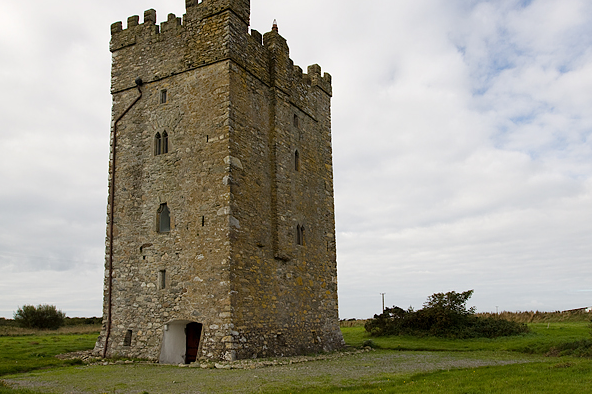 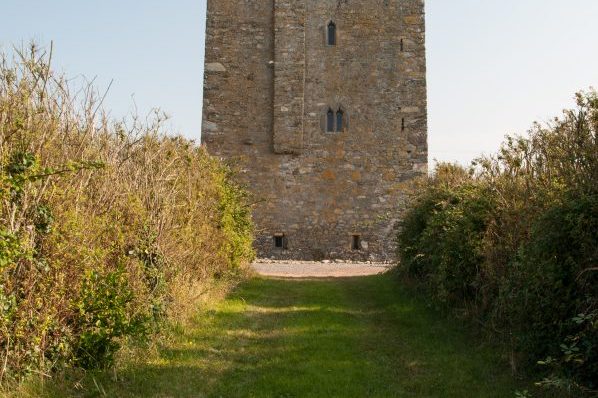 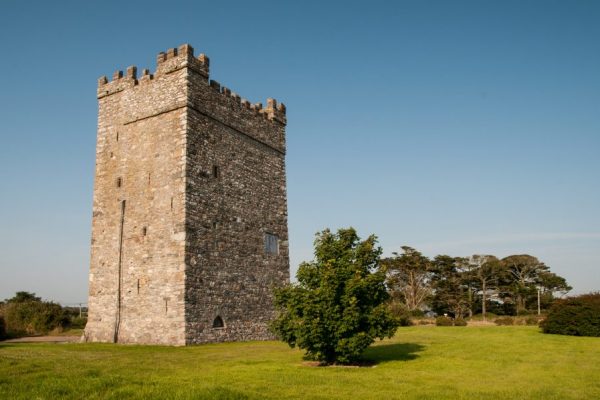 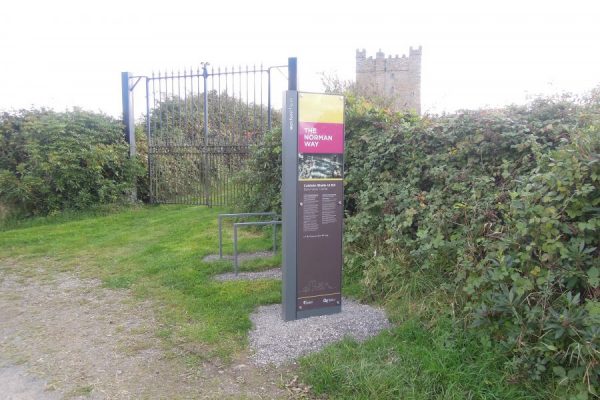 Ballyhealy Castle is a fine example of a late medieval tower house. The building of stone castles was popularised by the Normans and by the 15th century, when this tower-house was built, Ireland had become one of the most castellated landscapes in Europe.

A Norman Family
Following the arrival of the Normans the lands at Ballyhealy were granted to the Cheevers family. William Cheevers was a witness to William Marshal’s charter to Tintern Abbey in 1207 and by the 16th century the family had several branches and castles in Wexford.

Tower Houses
These small stone castles were built by both the descendants of the Normans and the native Irish landowners and were a common sight in the countryside and in towns by the 15th century. Tower-houses often stand as isolated monuments today but originally they were surrounded by a defended farmyard and outbuildings known as a bawn. Historical records note that Ballyhealy had a bawn with four corner turrets.

Confiscation
In the 17th century much of the land of Wexford was seized during the Cromwellian confiscations and re-granted to soldiers. Ballyhealy Castle was granted to a Colonel Bunbury who began dismantling the bawn.

Ballyhealy Castle is now in private ownership so please do not enter the site.