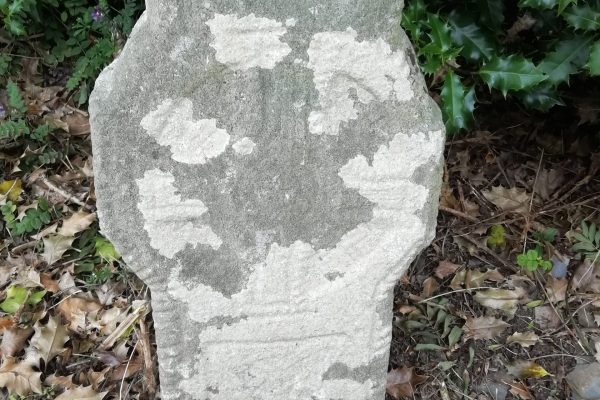 Standing on the River Barrow the pre-Norman monastery at Kilmokea  was an important early church located on an island. Following land reclamation in the 19th century the area is now part of the mainland.

Kilmokea was a target for Viking raiders during the 9th and  10th centuries. When the Normans arrived in the 12th century they built  a large moated site nearby and founded a town beside the river.

The Moated Site
Although the bank, ditch and surrounding fence made a moated site look like a military encampment, it was actually a defended farmstead. The illustration above shows what a moated site looked like. In other parts of the country moated sites were also built by the native Irish.

Hervey’s Island
In the 12th century Kilmokea was known as ‘Great Island’. The Norman knight Hervey de Montmorency made it the centre of his lands. A town, castle and leper hospital were built near the existing monastery and became known  as ‘Hervey’s Island’. No trace of this urban settlement remains today. The establishment of New Ross upriver affected the trade prospects of the town and within a century of its foundation Hervey’s Island had scarcely any tenants.

The Smallest High Cross
In the graveyard here at Kilmokea, you will find the smallest ‘high cross’ in Ireland. This delicately carved stone stands amongst a collection of fonts and measures just 55cm in height.