Discover the Norman way of life in the place where it first took hold in Ireland.

Click on the sites below to learn more about them and see exactly where they are. 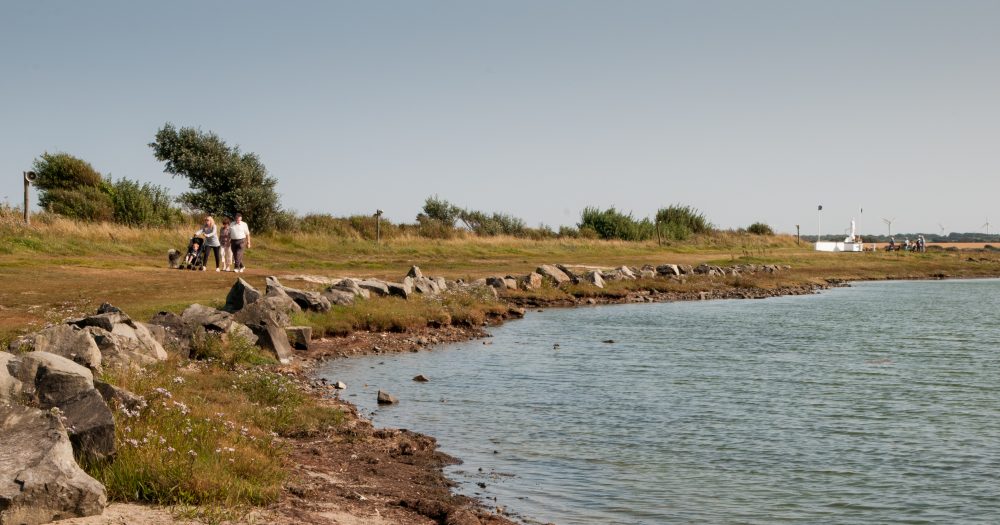 As you explore Lady’s Island you will find an impressive Norman castle and tower, along with the remains of medieval church and graveyard. 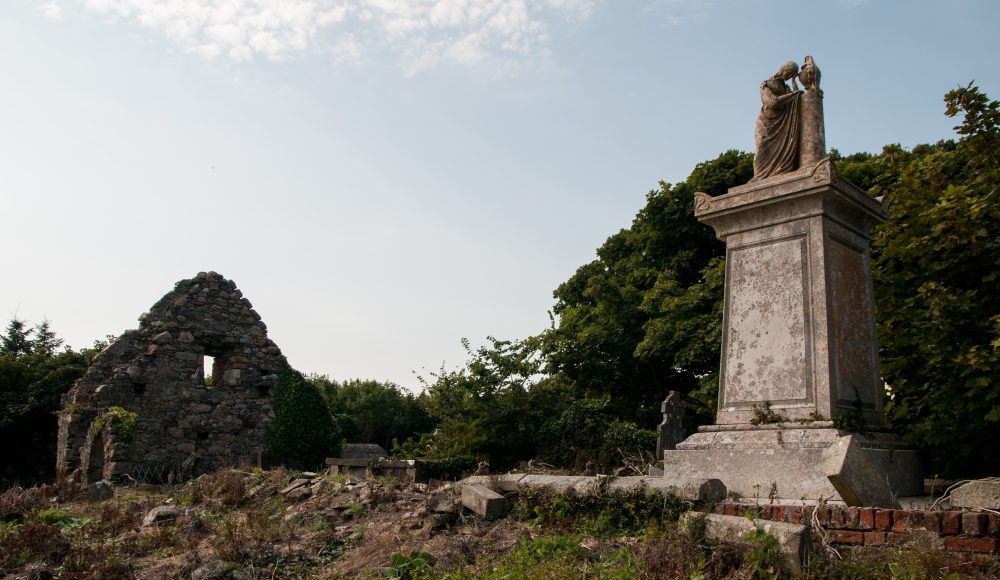 The Normans were devout Christians. Thanks to this, medieval religious structures such as St Iberius’ Church are still standing here today. 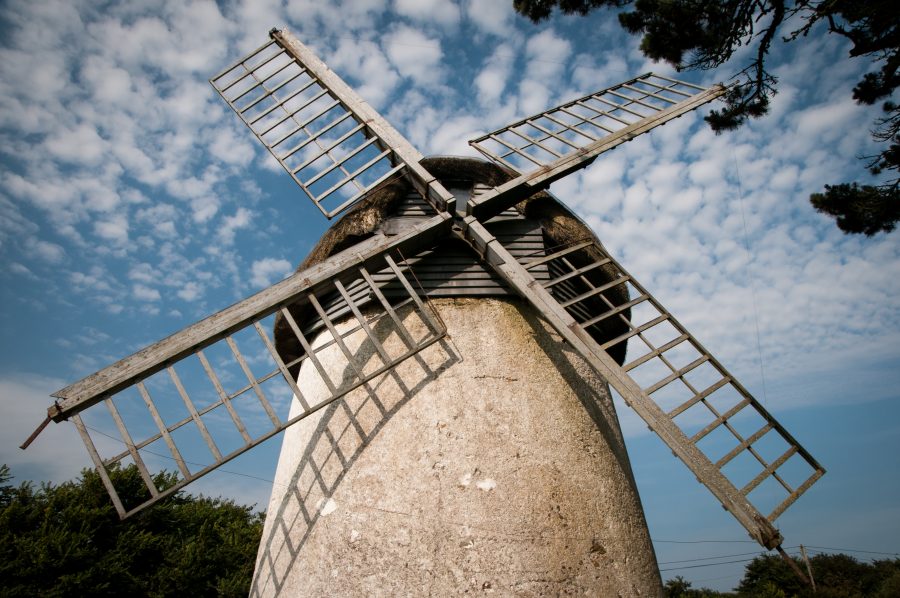 The Normans introduced vertical tower windmills like this one to Ireland. 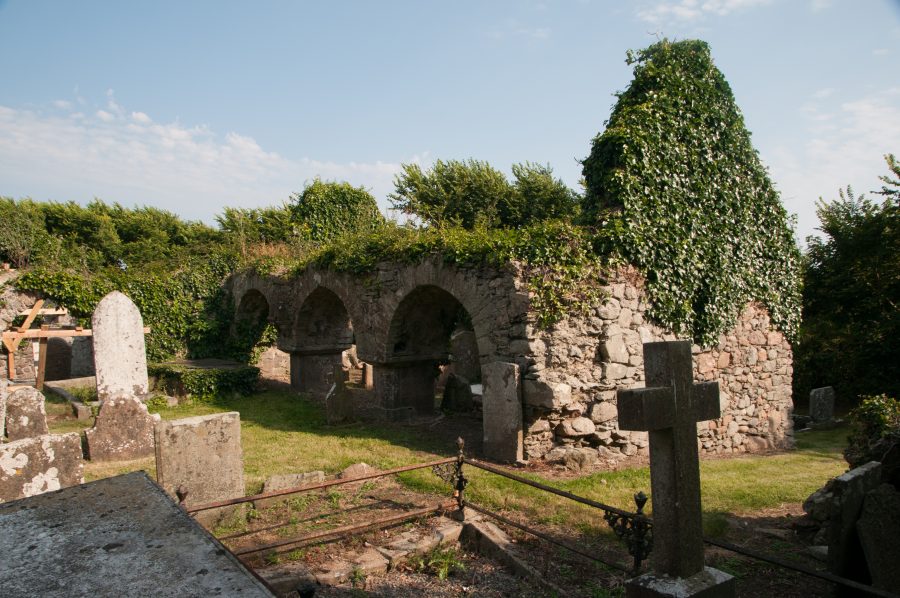 Walk amongst these elaborate ruins to discover medieval church architecture at its best. 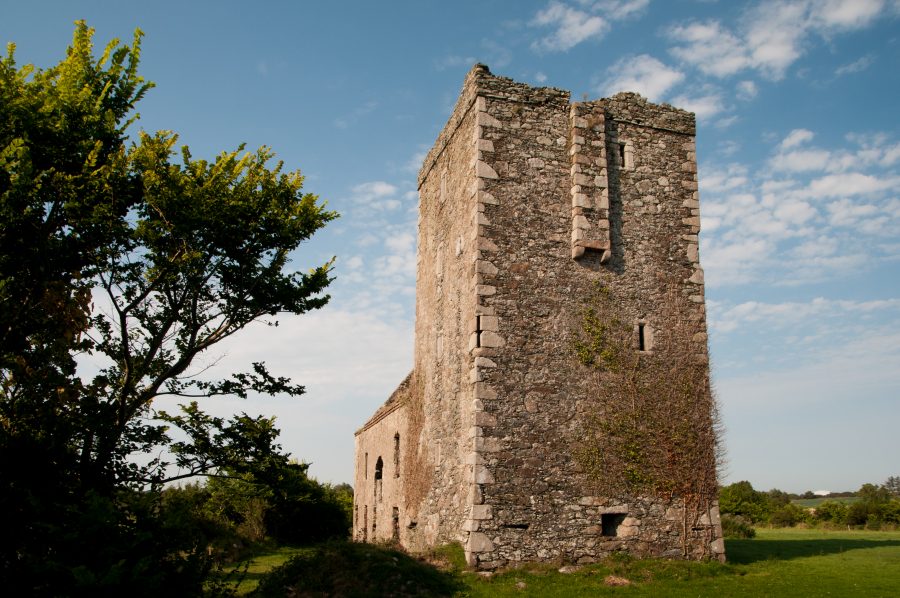 This tower house is a wonderful example of the sheer building height that was made possible after the Normans introduced their expert stone construction techniques to the area. 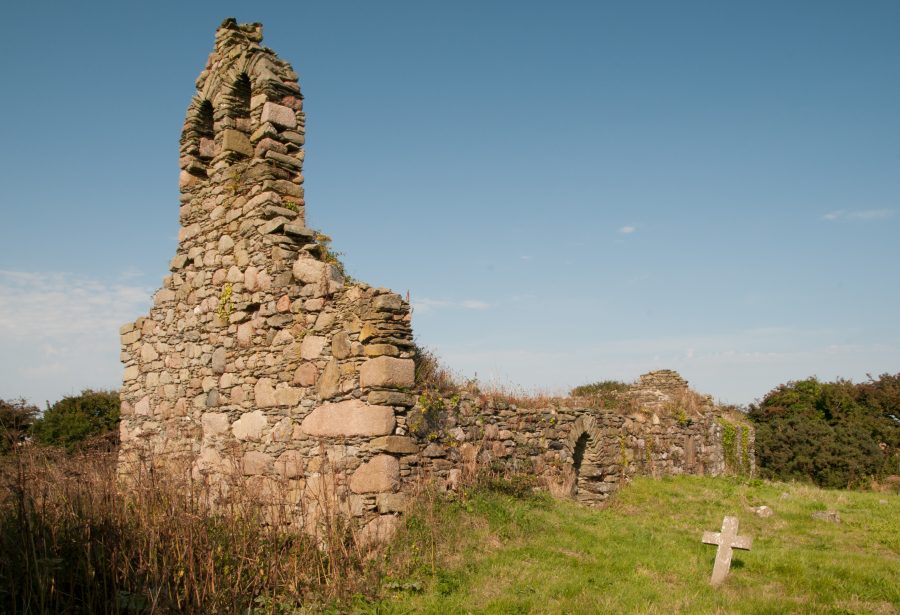 With three of the four main walls still intact, including the spectacular west gable wall, it is easy to visualise how Ishartmon Church would have looked in Norman times. 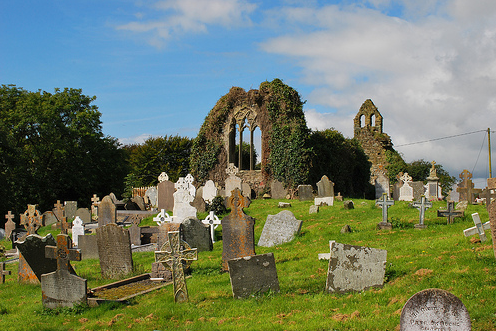 Tomhaggard is a historic village situated on the edge of two Norman territories, known as ‘baronies’. 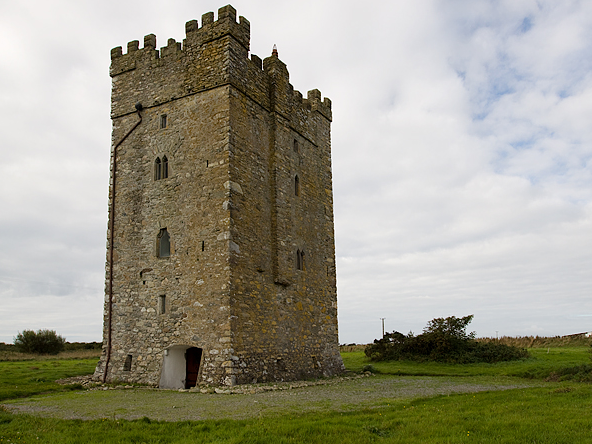 A beacon lit on top of this formidable Norman tower may have guided ships sailing along the nearby coast. 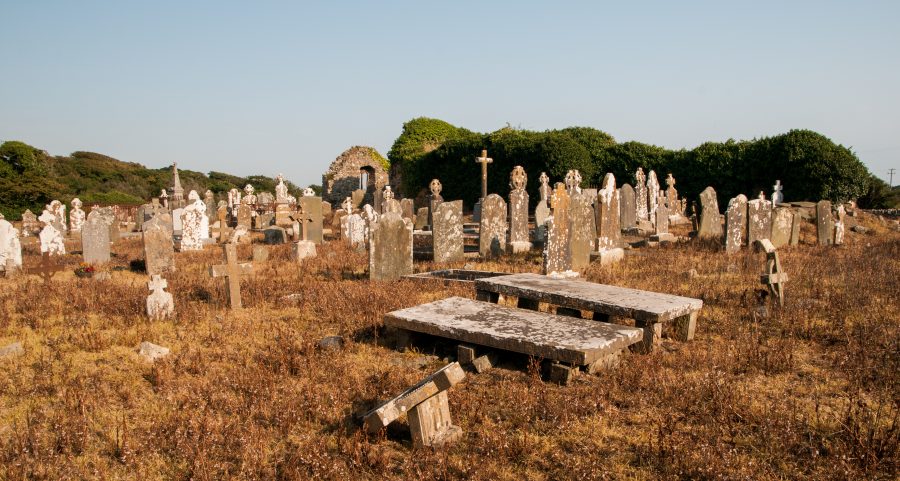 Some of the surnames found in this graveyard are evidence that many of the early Normans to arrive in Ireland stayed in this part of Wexford and made it their home. 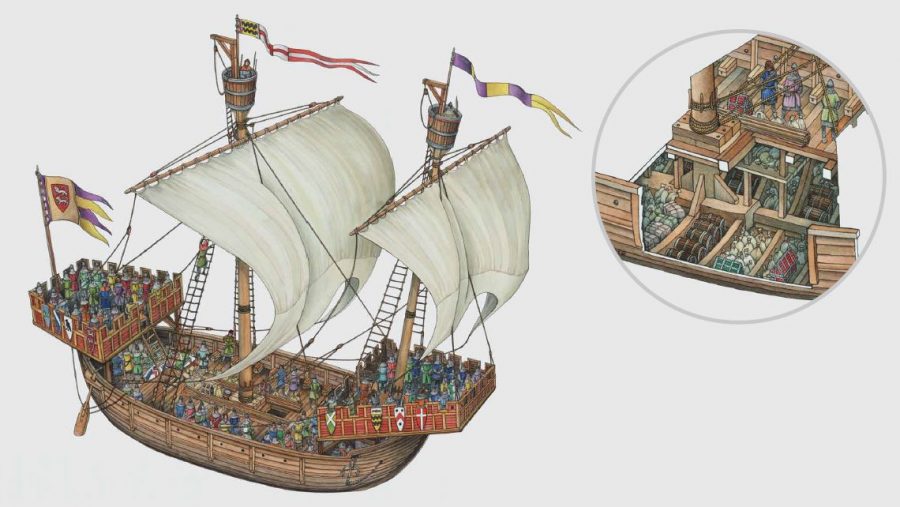 This seaside village is bustling with modern boats while the image above shows the kind of vessel the Normans would have used to cross the seas all those centuries ago. 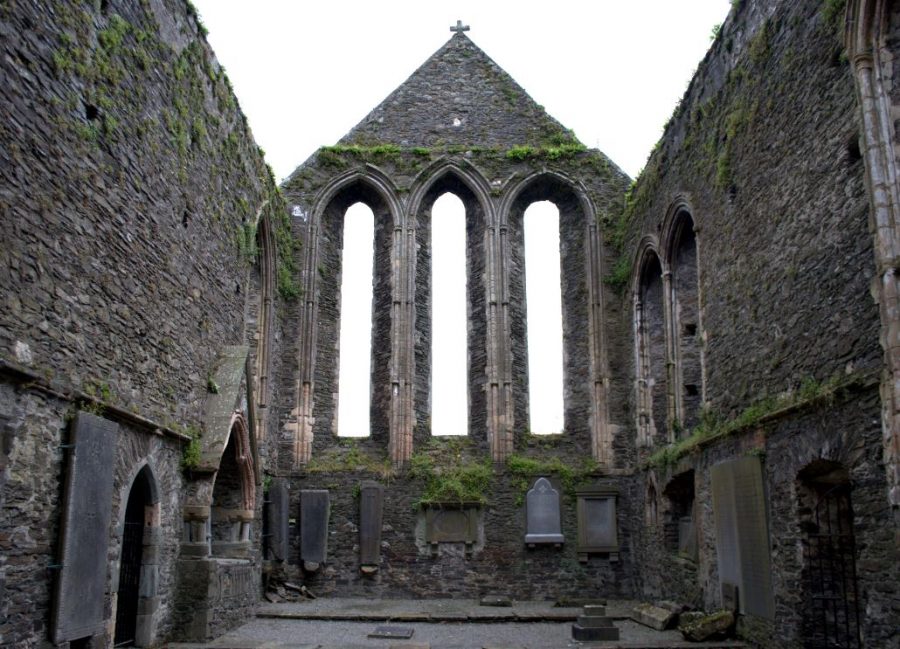 St. Mary’s was originally built in the early 1200s by the Norman knight William Marshal and his wife Isabel, the founders of the town of New Ross.

The sites below can be found along the Norman Way too but have yet to be furnished with interpretive panels or bike racks.

This ruined church was once the centre of the Norman parish of Ballymagir.

This ruined medieval parish church of St Imoge stands in the lands which were granted to the Norman knight Hervey de Montmorencey.

Duncormick village is a fine example of an existing settlement taken over by the Normans.

Coolhull Castle is a fine example of a late medieval castle.

This church in Carrig-on-Bannow contains an extremely rare Romanesque font which is one of the finest examples of medieval carving in the region, the ‘Bannow Font’.

The Normans built a settlement here which included this church, just a few hundred metres from the site of the first landing of Norman forces in Ireland.

When the Norman knight William Marshal was caught in a dangerous storm as he crossed the Irish Sea, it is said that he fell to his knees and prayed, vowing to establish a religious house if he survived his journey. True to his word, after his ship landed safely on the nearby coast, William Marshal founded this Cistercian abbey.

The Normans built the ‘motte’ to the rear of this site soon after they arrived in the 12th century. The stone castle was built later, in the 14th century.

A folk memory suggests that this place gained its name because the Norman ships which landed here were named ‘La Bague’ and ‘La Bonne’.

‘Redmond’ is a popular surname in this part of Ireland. The Norman knight, Raymond Le Gros is the original ‘Redmond’ in Ireland. There are historical references to Raymond’s descendants living in ‘Redmond Hall’ on this site in the 16th century.

The castle in this picturesque fishing village was built in the 15th century by the Norman-descended Laffan family. The adjacent salt-house was constructed in the 17th century and was used to salt the fish that was landed at Slade Harbour.

St. Dubhán’s Church is an example of a Norman church with a nave and chancel. The site itself, however, is much earlier and was founded in the 5th century by St. Dubhán.

This site was the headquarters of the Knights Templar in Wexford.

The name ‘Duncannon’ comes from Irish and means ‘the fort of the son of Conan’. It is therefore possible that there was already a small settlement here before the arrival of the Normans in the late twelfth century.

The Cistercian religious order built the nearby Dunbrody Abbey with the help of one of the first Norman knights to settle in Wexford, Hervey de Montmorency. The monks from the abbey developed Ballyhack village as a commercial fishing enterprise.

Dunbrody is a Cistercian abbey founded by the Norman knight Hervey de Montmorency on lands granted to him by Diarmuid McMurrough, the ousted ruler of Leinster who brought the Normans to Ireland to help him regain his kingdom.

Standing on the River Barrow the pre-Norman monastery at Kilmokea was a target for Viking raiders during the 9th and 10th centuries. When the Normans arrived in the 12th century, they took over this well-placed settlement and built one of the largest moated sites in Ireland here.

This arboretum is named after U.S. president, John Fitzgerald Kennedy, who himself had Norman ancestors.

John Fitzgerald Kennedy was the 35th president of the United States of America and, like many Americans, could trace his ancestry back to Ireland. On his mother’s side, he is descended from the Fitzgerald family who were among the first Normans to arrive in Ireland.

Stokestown Castle is a tower house which probably dates to the 15th century. Its medieval design makes this short tower quite the iconic structure as it sits nestled within this modern working farmyard.

Let the Normans lead the way…