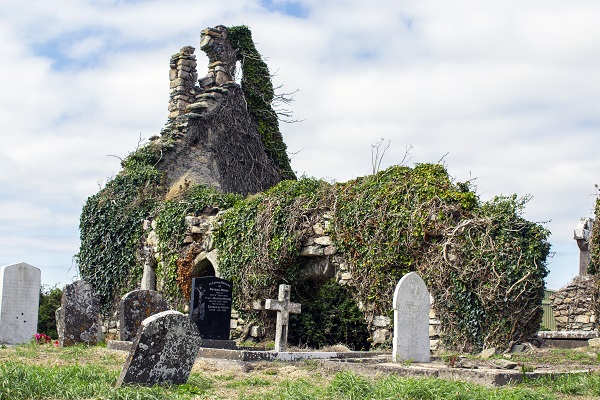 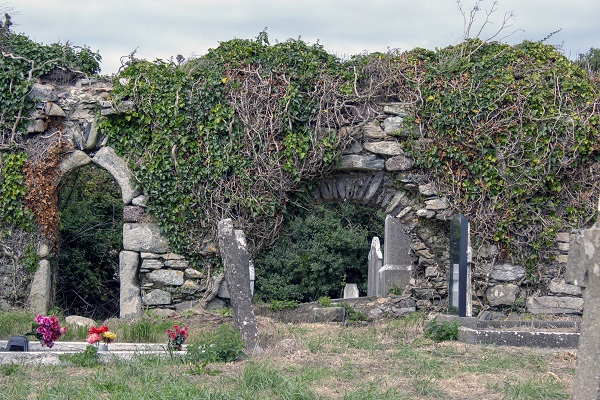 This ruined medieval church once stood at the centre of the medieval manor of Ballymagir. Like other manors Ballymagir was a bustling element of the Wexford farming landscape where a lord and his tenants produced food and raw materials for their own use and for export.

St. Decumen
This building stands on the site of an earlier church dedicated to St. Decumen. St. Decumen was a 7th century Welsh saint who, according to legend, once travelled across the Bristol Channel using his cloak as a raft, bringing a cow with him.  There are two other church sites in Wexford dedicated to the miraculous St. Decumen.

The Manor of Ballymagir
The medieval manor of Ballymagir was established shortly after the Norman arrival in 1169 when a large moated site (a defended farmstead) was built to the north-west of this church. The Devereux family held land here and by the 16th century they had built a stone castle at the centre of their large farm.

Private Burial Space
The east end of the church, known as the chancel, became a private burial space for local landowners in the 19th century. At that time, just as in the Norman period, the chancel was considered the elite burial spot.

Current Condition
Unfortunately the church is currently unsafe to enter. As with many buildings of this period time and the elements have caused this structure to deteriorate and collapse.

Other medieval churches along the Norman Way are perfectly safe to visit but please, for your own safety, view Killag Church  from the outside only.