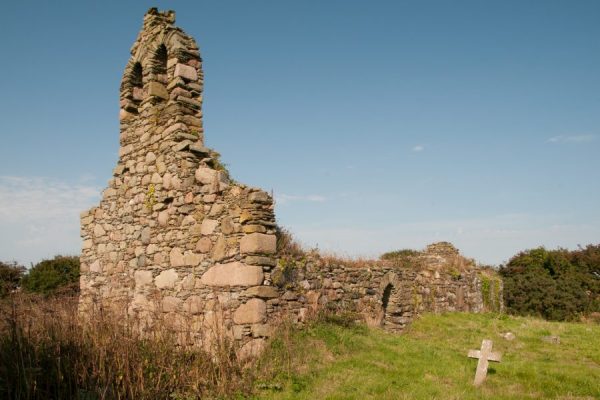 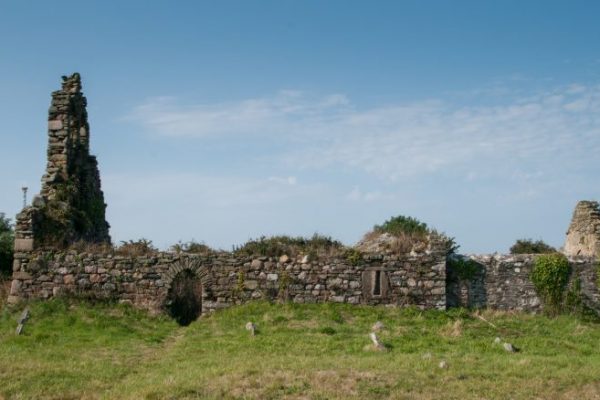 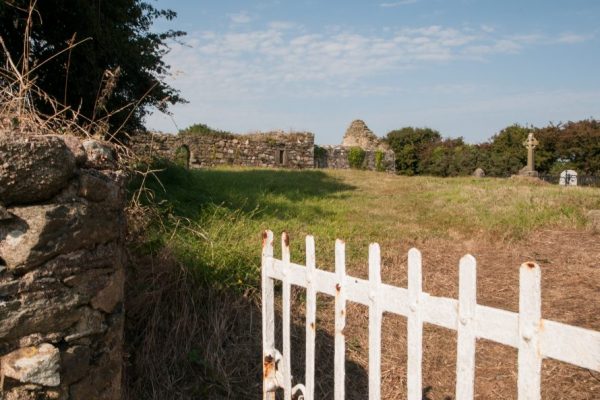 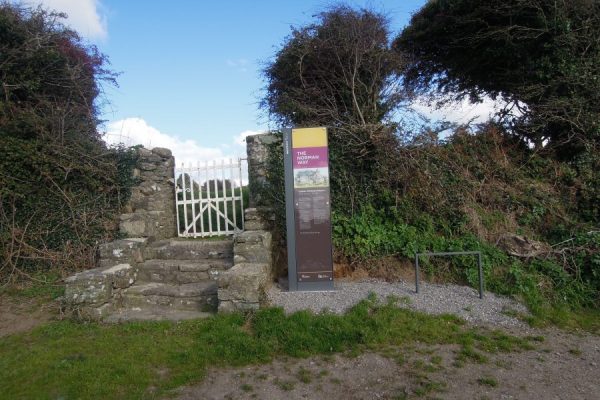 With three of the four main walls still intact, including the spectacular west gable wall, it is easy to visualise how Ishartmon Church would have looked in Norman times.

Double Bellcote
Ishartmon Church contains a ‘double bellcote’ at the very top of the ruin on its west gable wall. The double bellcote is a distinct feature of several of the churches found along the Norman Way in Wexford. St Dubhán’s Church on Hook Head Peninsula, contains a recently reconstructed double bellcote.

Holy Water Font
There is a very impressive font made from pink granite in the nave of this long ruined church. This was used to hold holy water in during Norman times.

The Final Resting Place of a Local Family
Ishartmon church and graveyard is the burial place of the Boxwell family from the nearby Butlerstown Castle, which is a Norman inspired stone tower house built around the 15th century.

The walls of this ruin contain ‘putlog holes’. These holes were used to support wooden scaffolding during the construction of the church as its walls grew in height. You will see them in many of the other churches along the Norman Way.