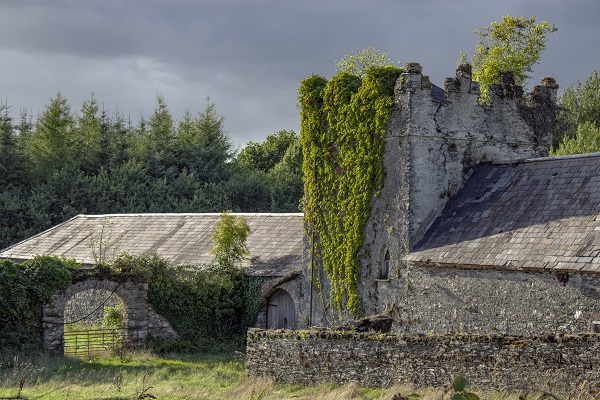 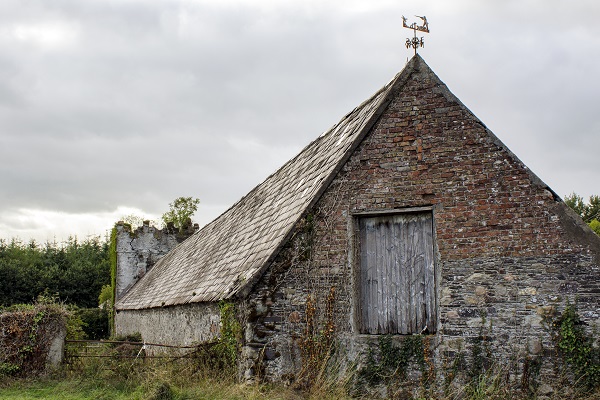 Stokestown Castle is a late medieval tower house that probably dates from the 15th century and is located close to the River Barrow. In the 17th century it was the property of the Dormer family and a watermill and weir were also recorded here at that time.

The Normans cut down large areas of Irish woodland for timber to build houses, ships and mills. They used the newly cleared land to grow large amounts of crops and sold any surplus grain into the growing medieval economy at home and abroad.

Farming in the New Norman Ireland

The Normans divided farmland into strips to be farmed by the tenants of the local lord. These strips were used in rotation as grassland and ploughland for cereal crops. Medieval ploughs were usually pulled by oxen and moved so slowly that it might take a whole day to plough one acre.

The Normans expanded upon the system of crop rotation introduced to Ireland by the Cistercian monks. This farming method involved planting different crops on a patch of land each year to prevent the soil from becoming exhausted.  Certain areas were also left unsown for a year to allow the soil to recover.

Stokestown Castle now lies within a private working farm so please only admire it safely from the roadside.