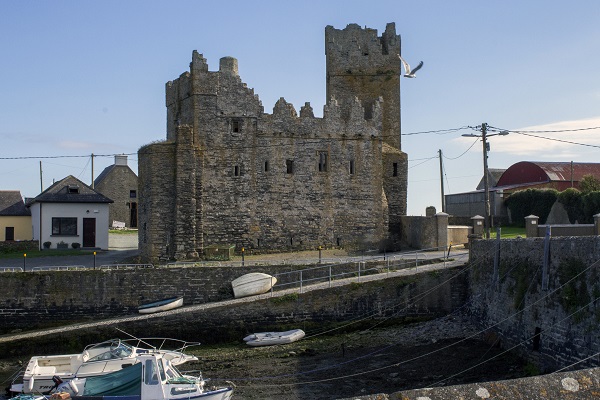 The castle in this picturesque fishing village was built in the 15th century by the Laffan family, descendants of the first Norman settlers in Wexford. The adjacent salthouse was constructed in the 17th century and was used to salt the fish that was landed here in the harbour.

The Fishing Industry in Norman Wexford
When they arrived the devout Normans encouraged a strict approach to the Christian faith in Ireland. The medieval church forbade the eating of meat on certain days and at certain  times of the year. As a result fish was a very valuable resource along the south Wexford coast. The Normans used several different methods for preserving fish such as smoking, drying and salting.

In the 17th century the harbour was extended and the stone salthouse was constructed. In the salthouse large lumps of  rock salt were dissolved in boiling water to make brine which was then evaporated to produce salt. The salt was used to preserve the catch from the local fishing industry. Much of the rock salt was imported from Cheshire in England.