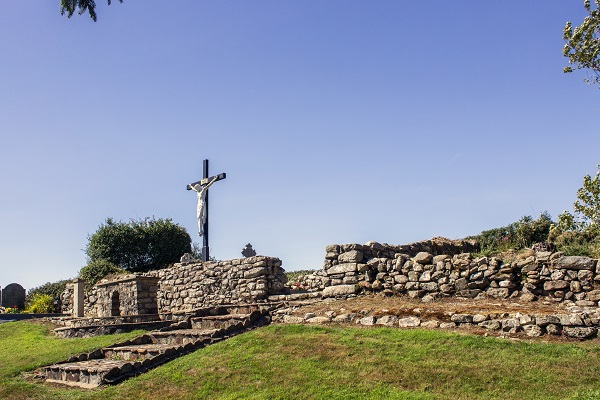 This ancient church site is dedicated to St. Imoge and, as with many medieval sites, a church is likely to have existed here before the coming of the Normans to Ireland. Early churches were built of timber. By the 11th century most were built of stone which was then reused in the Norman period to construct churches like the one which survives here.

St. Imoge
The name St. Imoge is derived from St. Díomán of Limerick whose death is recorded in 811. His feast day was celebrated on the 10th December at the holy well situated to the south of this church. Holy wells were once common places of veneration in Ireland and their water is often associated with cures for a variety of ailments in both people and animals.

Refurbishing Churches and the Reuse of Stone
The Normans who settled in Ireland often extended and refurbished the existing early Irish churches which they found upon their arrival. Churches dedicated to Irish saints like St. Díomán were sometimes rededicated to the favourite saints of the Normans such as St. Anne, St. Mary and St. Nicholas who were popular across Europe.

In the 18th and 19th centuries, stone was sometimes removed from these disused churches to construct local houses and farm buildings. Now however it is an offence under the terms of the National Monuments Act to remove stone from an archaeological monument.