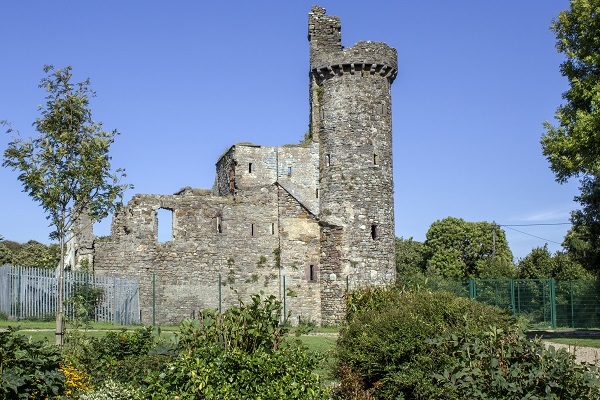 The land here was granted to Richard de Londres in the  year 1200 on condition that he build a castle to defend his property. The structure which de Londres built was in all likelihood the motte, or earthwork castle, located to the rear of this site. The large stone castle was built later, in the 14th and 15th centuries.

The Norman Motte
A motte is a man-made mound of earth on top of which a defensive wooden structure was built. Often there was a flat area beside the motte, known as a bailey, containing buildings including halls, kitchen, stores, stables, chapel and workshops. The motte and bailey were surrounded by a fence and bank of earth as well as an open ditch which was often filled with water.

The Stone Castle
The stone castle here at Fethard was built in several phases during the 14th and 15th centuries. The earliest part of the  castle is a gatehouse located on the eastern side of the building. The castle was probably built by the Bishop of Ferns as a summer residence and the crenellated circular tower was topped by a bellcote. In the later medieval period several bishops resided at Fethard to avoid the attacks of the native Irish in north Wexford.

In the 17th century Fethard Castle became the property of the Loftus family whose grand residence at Loftus Hall is another site along the Norman Way.