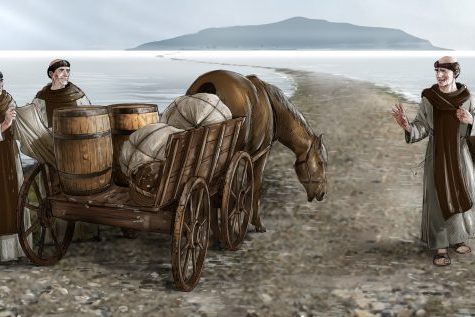 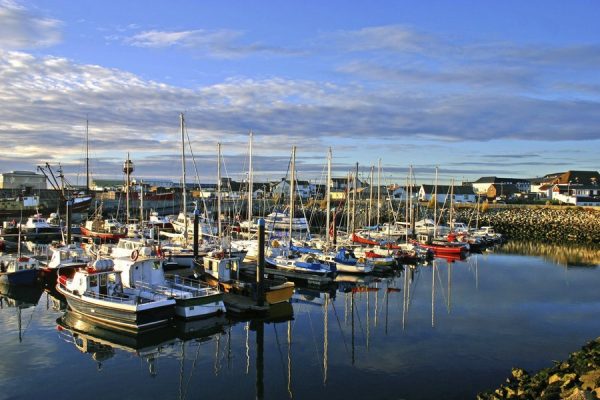 This seaside village bustles with modern fishing boats and occupies a part of the Wexford coast which once witnessed trading vessels sailing from the medieval lighthouse at Hook Head to the port town of Wexford.

The Graveyard of a Thousand Ships
Norman ships provided a dependable means of trade and communication between Ireland, Britain and continental Europe. But the South Wexford coast has always been a difficult sailing destination and was once known as the ‘graveyard of a thousand ships’. In response to the dangers of these  waters the Norman knight William Marshal commissioned the lighthouse at Hook Head and established the Cistercian Abbey of Tintern de Voto (Tintern Abbey).

Saltee Islands
The Saltee Islands, which are visible from Kilmore Quay, are the largest islands off the coast of Wexford and have been occupied since the prehistoric period. The Great Saltee has a promontory fort on its highest point and an early medieval Ogham Stone was uncovered on the island in the 19th  century when a community of 20 people lived there. Now the islands’ main residents are the significant colonies of puffins, gannets and other birds which breed there. After the arrival of the Normans the Saltees were granted to the Church and came into the possession of the monks of Tintern Abbey who maintained a farming community on the islands. Although no church is known to have been built there, parts of the Great Saltee are still known as Abbey Field and Abbey Point.

Access
Although the privately owned islands are now only accessible by boat, a natural shingle spit, much of which still survives, once extended from Kilmore Quay to the Little Saltee. This causeway, which is known as St. Patrick’s Bridge, can still be seen at low tide and once provided a walking route to that island from the mainland. The short onward journey to the Great Saltee was made by boat.