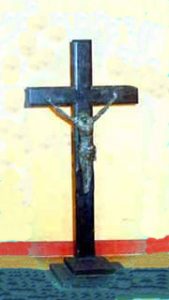 The now-ruined medieval church and graveyard in Tomhaggard stands on what is regarded as the site of an earlier monastery founded in the village.

Below you will see some computer-generated images of what the exterior and interior of the medieval church would have looked like in its prime. Click on the images to take a closer look at them. There are also reconstructed images of some of the key features of the church: 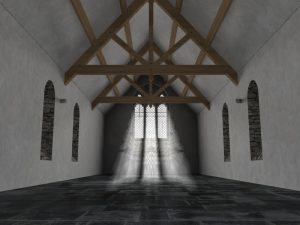 Interior of the Church – East Window 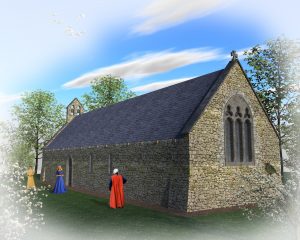 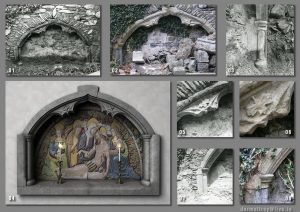 Conjectural Reconstruction of the East Window

These images were created and shared with us by Dermot Troy, a local architect who has comprehensively surveyed the site at Tomhaggard.