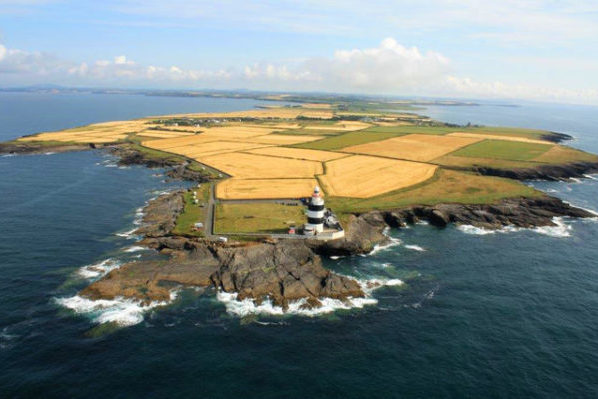 Hook Lighthouse was built in the early 13th century to help ships safely navigate the treacherous Wexford coastline. It was commissioned by William Marshal, Lord of Leinster, to stand on the tip of the Hook Peninsula where local tradition says the monks of St. Dubhán had kept a fire burning.

The Winding Mural Staircase
Hook Lighthouse is an impressive feat of medieval engineering, standing four storeys high with walls up to four meters thick in parts. A spiral staircase, known as a mural staircase, was built within the walls and reaches up to the top of the lighthouse.

The Greatest Knight
For almost 40 years William Marshal was a landless knight of modest means. When he died he was the Earl of Pembroke, Lord of Leinster and regent of the whole of England. He had served under four English kings as well as the ‘Young King’ Henry who died before inheriting the throne.

He was also a signatory to the Magna Carta, one of the most important documents in history. ‘The Great Charter’ established the principle that everyone is subject to the law and guaranteed the rights of individuals.

Marshal became Lord of Leinster following his marriage to Isabel de Clare, daughter of Strongbow and Aoife. He came to Ireland several times before his death in 1219 and founded towns and ports all over Leinster. In Wexford he was responsible for the construction of Hook Lighthouse, Tintern Abbey and the great port town of New Ross.