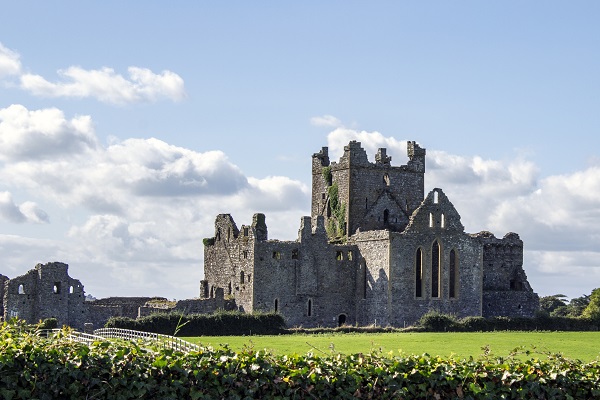 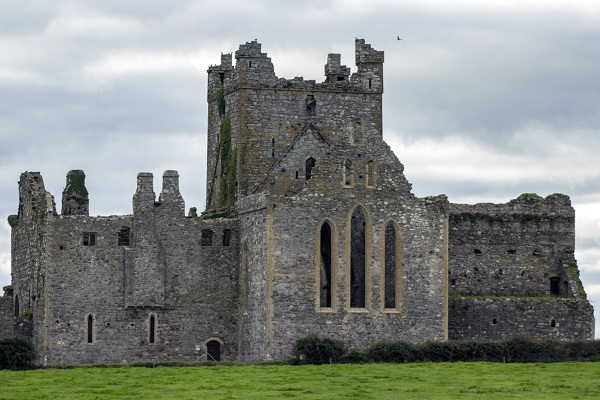 Dunbrody Abbey is a Cistercian abbey founded by the Norman knight Hervey de Montmorency on lands granted  to him by the local Irish king Diarmuid McMurrough in 1169. The abbey was built adjacent to the Campile River in the late 12th century and was also known as the ‘Port of St. Mary’.

Iconic Architectural Form
The abbey is built to a typical Cistercian design. It contains a large church which has a floor plan that is shaped like a cross. There is an adjacent cloister and domestic buildings arranged around it.

Not so friendly Neighbours
Dunbrody was built in close proximity to the Cistercian abbey of Tintern. The monks from the two abbeys were fiercely competitive and there was often violence between them. In 1355 the abbot of Dunbrody, along with some of his monks, were charged with expelling the abbot of Tintern from his abbey and robbing him of six horses and other goods.

Later Adaptation and Use
In 1545 following the suppression of the Irish and British monasteries by Henry VIII, Dunbrody Abbey was granted to Sir Osborne Etchingham who converted parts of it into his dwelling house.